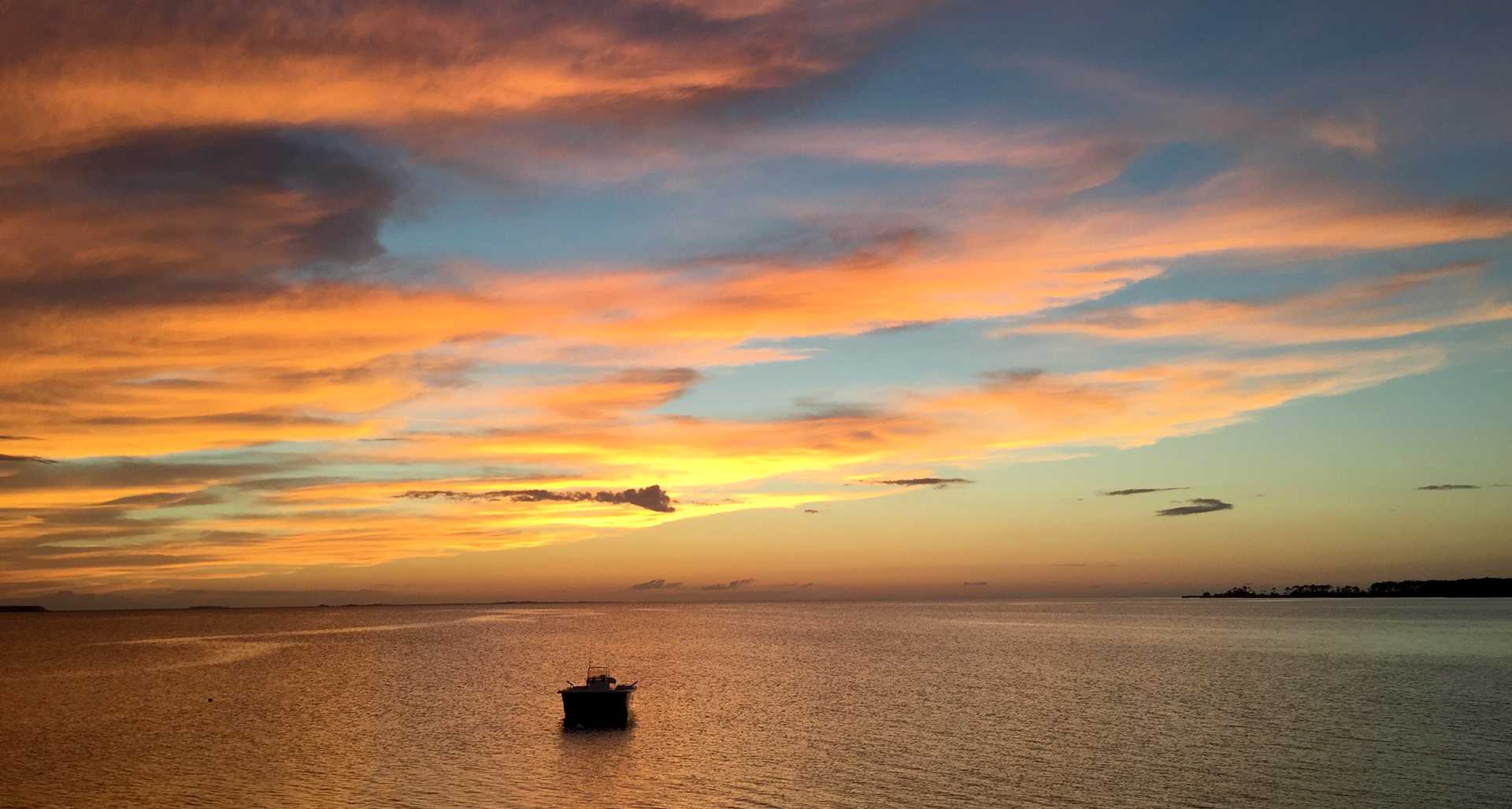 By Don Markus
The Baltimore Sun

Every time Cheryl McLeskey takes out her boat near her Virginia Beach home, she thinks of her late husband. It
was those days they spent together on “Promises Too” that Wayne McLeskey turned his wife from a competitive
swimmer into an avid — and ultimately champion — angler.

“I’ve always had a love for the water and I have it even more so,” Cheryl McLeskey said. “Whenever I go out to sea I
always have my husband’s spirit with me. It’s a spiritual connection to him.”
It is why Cheryl McLeskey believes there was some “divine intervention” of a deep sea variety that took place on the
waters off Ocean City earlier this month during the 2015 White Marlin Open, when she became the first woman in the
tournament’s 42-year history to win the three-day event.

Consider some of the unusual circumstances that made McLeskey point toward the fishing gods for conspiring with
her late husband — they were married 21 years — to make her first White Marlin Open more memorable. Her cousin,
Rachael Davanzo, who also fished that day, lost her husband in 2013.

Four days after McLeskey reeled in a 94-pound white marlin, the third largest caught in the tournament’s four-plus
decades, she received a first-place check for more than $1.17 million on Aug. 8. It was her 63rd birthday.

It came a day after Steve Richardson, the winning boat’s captain, celebrated his 60th birthday. It was a long overdue
first White Marlin win after some 25 years of trying. Another piece of numerology: “Backlash” was the 87th boat of the
302 entered.

Celebrating the victory back home last week at the Virginia Fishing Center, which Wayne McLeskey built and she now
owns, Cheryl McLeskey realized that the weight of her winning white marlin had the same two numbers — 9 and 4 —
as their anniversary.

Said Richardson, “It’s kind of strange how everything fell in a row.”

Richardson had a feeling similar to McLeskey’s.

After spending the past four decades making his living as a boat captain, having fished in more than 500 tournaments
“all over the world,” and having nearly won what he calls “The Super Bowl of sportfishing” a couple of times,
Richardson thought of Wayne McLeskey.

Cheryl McLeskey said her husband, who died at age 88 in 2012, “was a legend in his own right” among those in the
Virginia Beach and Outer Banks billfishing communities. He developed marinas in both areas and had his own
accomplishments as an angler.

“Wayne was just a hardcore fisherman, he had fished his whole life, he was one of the first pioneers around Virginia
Beach,” Richardson said. “He’d be just as excited for her as she was for herself, she would have loved to have him here
to see it.”

As a child, Richardson met Wayne McLeskey through his father, Earl Richardson, a charter boat fisherman in the
Virginia Beach area who passed away three years ago. Steve Richardson said that “I would have loved for him [his
father] to be alive to see it.”

Cheryl McLeskey’s big catch, which outweighed the second-place finisher by 15 pounds, came at the end of the first day
of competition on Aug. 5. Richardson said that the boat had been on the water all day and, according to tournament
rules, the catch had to be made by 3:30 p.m. to be official.

At around 2:40, someone on “Backlash” spotted a white near the water’s surface.

“It never went deep, it stayed pretty much on the surface and that was why it was so early to bring it in,” McLeskey
recalled. “The adrenalin was just rushing. As soon as the white marlin jumped, we were all screaming because we knew
it had a chance to be the winning white marlin.”

It took only about 10 minutes for McLeskey to get the fish onto the boat. Given the magnitude of the event — “This is
the biggest tournament we have on the East Coast, it’s probably the biggest we have in the United States,” Richardson
said — even Richardson admits that, “To catch that one big fish, it took a lot of luck there.”
Considering some of her fishing conquests, the effort seemed almost routine.

McLeskey recalled the biggest fish she ever caught. It came shortly after she and Wayne had married and were
returning on the “Promises Too” from a trip to Mexico. They were about 150 miles from Charleston, S.C., one morning
when Cheryl McLeskey said she heard the distinct sound of her fishing line being pulled — very hard.
“All of a sudden we heard the line going out, it turned out to be a 700-pound blue marlin,” McLeskey said. “It took me
three hours and it [the fish] was taking us south. “While I was struggling with the fish, we got a call from the aircraft
carrier Roosevelt.

“The captain said, ‘You’ve got to move your boat and stay within so many miles of us,’ and my husband said, ‘I have a
lady angler on a blue marlin.’ A few minutes later, a helicopter flew over the boat and then we got a call from the
captain saying, ‘We’ll stay out of your way.’ My husband loved to tell that story.”

Years from now, they will be telling the story of Cheryl McLeskey’s catch that won the 2015 White Marlin Open.

Given the fact that she had done well at a couple of of other big fishing tournaments, including last year’s Virginia
Beach Billfish tournament, where she was named the top female angler, it’s not that big a surprise.

“Cheryl, she doesn’t look a day over 35, she’s in very good shape and she’s a great angler, for anyone — man, woman or
child — to have an opportunity to win the White Marlin Open is a great accomplishment,” Richardson said.

Considering that McLeskey spends “120 percent” of her time working on the commercial and residential development
company Wayne McLeskey built before his death, McLeskey doesn’t spend as much time fishing as she’d like.

A former flight attendant for Piedmont Airlines who also became a licensed pilot of single-engine planes with the
encouragement of her late husband, McLeskey still flies badly burned children and their families to burn units for
treatment.

But what took place on the waters near Ocean City also goes back to her childhood in California, where she swam
competitively and later broke the state record in the 50-meter backstroke in a Masters race for 30-35 year olds.

“I still have that, it’s been in my blood since I was a little girl,” she said. “It’s just a sense of accomplishment.”

McLeskey acknowledges that the fishing gods might have also had something to do with it.

“I’ve been so blessed all my life and lucky,” she said. “I’ve always been very, very lucky.”

Staying Ahead of Covid-19

The rapidly changing Covid-19 has imposed an unsettling and fluid situation upon our community and businesses. While our teams aim to maintain a "business as usual" approach, we have implemented some changes in respect to the guidelines given by our state and the CDC.